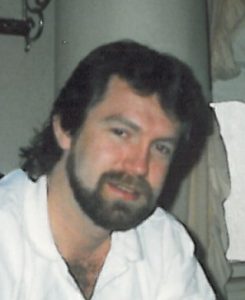 De-Wayne Glenn Sparkman, age 51, resident of Shiloh, Ohio was born on March 30, 1961. Lord looked down and saw you were tired so he put his arms around you and said come home, so on March 5, 2013 De-Wayne Glenn Sparkman went to his heavenly home.
He is survived by his mother, Ruby Sparkman of Shiloh; two step-daughters, Samantha Bebout and Jessyka Bebout, both of Crestline; three brothers, Sammie and Johnnie Deskins, both of Shiloh and Rodger Deskins of Cincinnati; two sisters, Rose Mullins of Shelby and Carla McGlothin of Fitchville; and many cherished nieces and nephews.
He is preceded in death by his father, Clinton Sparkman; sister, Juanita Oney; and brother, Ernie Deskins.
“Fly your wings bub, you have earned them.”
Friends may call on Thursday, March 7, 2013 from 4:00 to 8:00 PM at the Messiah House of Prayer Church, 74 Pettit St, Shiloh, Ohio, where the funeral service will be held on Friday, March 8, 2013 at 11:00 AM with Pastor Otis Phillips officiating. Burial will follow at Mount Hope Cemetery in Shiloh. Memorial contributions can be made to the family. Secor Funeral Home in Plymouth, Ohio is assisting the family with arrangements. Online condolences can be left for the family at www.secorfuneralhomes.com.

SO SORRY TO HEAR ABOUT DE-WAYNE,I HAVENT SEEN HIM IN ABOUT 30 YEARS..WE WENT TO SCHOOL TOGETHER..I THOUGHT HE WAS A NICE GUY…PRAYERS GO OUT TO ALL THE FAMILY…

So sorry for your loss. Prayers to all of you.