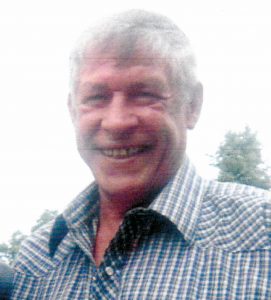 Ferris Lee Stumbo, age 66, of Columbus Ohio, passed away Saturday, March 21, 2015 at the Ohio State University Hospital, Columbus, Ohio after a short illness. He was born September 20, 1948 in Floyd County, Kentucky, the fifth child of ten, to the late Marie Stumbo and General “Buck” Stumbo. He spent most of his life in the Shiloh, Ohio area before moving to Columbus. He had a great love for the outdoors. He enjoyed fishing, hunting, golfing and mushrooming and playing guitar with any one of his beloved brothers. In general, he had a great love for life.
He is survived by his Wife, Judy Stumbo of Columbus; siblings, Elverda (David) Charles of Grove City, Gladice Stumbo of Willard, Hascell (Linda) Stumbo of Norwalk, Janice (Dave) Mullins of Tipp City, Corbin (Martha) Stumbo of Eastern Kentucky, Ricky (Ruth) Stumbo of New Haven, Jeffery (Marianne) Stumbo of Celeryville; stepchildren, Anita (Rodney) Milliner of Anderson, IN, Ralph Dillon Jr. of Indiana; two grandchildren; one great grandchild and several nieces and nephews.
He was preceded in death by his parents, General “Buck” Stumbo and Marie Stumbo; son, Rodney Stumbo; brothers, Kenneth Stumbo and Dennis Stumbo; brother-in-law, Wendell Slone; niece, Shona Moore.
A Christian funeral service will be held on Wednesday, March 25, 2015 at 1:00 PM, at the Willard United Baptist Church, 1579 S. Conwell Ave., Willard, Ohio with Brother Danny Hamilton and Corbin Stumbo. In lieu of flowers, memorial contributions may be sent to the American Cancer Society. Online condolences may be made to the family at www.secorfuneralhomes.com

To all of the Stumbo family, I was sorry to read about Farris passing. I went to school with him and Janis in Tiro. Please except my condolences. Marlene(Temple) Johnsonj

Prayers for the family.

My condolences to Ricky & Ruth and the entire Stumbo family.

so sorry to hear of his death and sickness. he will always be in my heart for ever.GOD bless you all

GOD BLESS you all so sorry to hear of his death