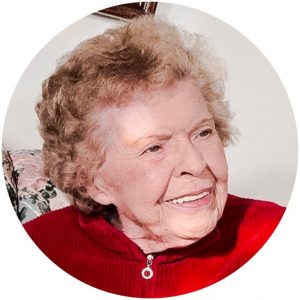 Jean C. Parsons of Willard passed away at the Cleveland Clinic on May 8, 2015 after complications from surgery.
She was born on June 30, 1926 in Cumberland, Maryland to John and Eleanor Ketzner. After the death of her mother, Jean took care of her sisters Rosalie Hemmis of Cumberland, MD and Betty Wenzel of McHenry, MD, who survive her. She married Richard on November 9, 1944. Jean remained in Cumberland, MD while Richard served in World War II in Europe. In 1958 the family moved to Garrett, Indiana where Richard was employed by the Baltimore and Ohio Railroad. In 1963, they moved to Willard. Jean was a homemaker until her children graduated and then she worked for Capelle’s Color Center for 18 years. Jean was a long time member of the Grace United Methodist Church. She enjoyed gardening, traveling, golfing and spending time with family.
Jean is survived by her daughter Linda (Jim) Austin of Highland, Michigan and by a son Rick Parsons of Norwalk. Her grandchildren include Chantel Hesting (Amy Creigh), Chad (Amy Holston) Hesting and Zachary (Amy) Hesting, all of Indiana; Tiffany Hesting of South Carolina; Jeremy (Beata) Earl, Heidi (Bryan) French, Katie (Tim) Mowry, all of Ohio; Amee Earl of North Carolina; Summer (Rhett) Rowe of Michigan. She will be missed by thirteen great-grandchildren, friends Jerry and Ruth Earl, and Joe Casey, and her caregiver Nettie Holmes.
Jean and Richard were married for 69 years until Richard’s death on July 14, 2014. In addition to her parents and husband, Jean was predeceased by her daughter and son-in-law Sherry and Tom Hesting, daughter Carolyn (Jerry) Earl, and great-grandson Logan Earl.
Visiting hours will be held at Secor Funeral Home in Willard on Thursday, May 14th from 5:00 to 7:00 p.m. and Friday from 1:00 p.m. until time of the service at 2:00 p.m. with Pastor Luigi Perez officiating. Burial will take place at North Fairfield Cemetery. In lieu of flowers, donations can be made to Grace United Methodist Church in Willard, Ohio. Online Condolences can be made at www.secorfuneralhomes.com

To the Family and Friends of Jean,
Please accept my prayers of sympathy at the death of our dear friend, Jean. I have had so many wonderful talks with her in these past years. It was also my honor to be with Jean when her husband died. May God bless you with peace.

Linda (Jim) & Family.We are sorry for your loss.You are in our thoughts and prayers.May God give you peace and comfort.

Linda, Rick and families so sorry for your loss. I used to love talking to your mom! She was a wonderful woman.

Rick…sorry to hear about the passing of your mother. You are in my thoughts during this difficult time.

Linda, Rick and families of all four….
I was saddened when I heard of Jean’s passing.She was a feisty, loving lady! May the grace of God be with each of you in your time of need. She will be truly missed. God Bless