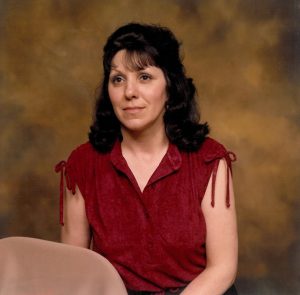 Maxine Reed
Midwest Retiree
Maxine Reed, age 70, resident of Willard, Ohio passed away on Saturday, January 15, 2011 at her home. She was born on April 22, 1940 in Huesyville, Kentucky to the late Alex and Roxey Wright. She was a loving mother and grandmother. She spent the majority of her life in Ohio, where she enjoyed the outdoors, gardening and planting red flowers because red was her favortie color. She enjoyed Bible study everyday with the Les Feldick Ministry. She also was a member of the United Baptist Church at Tiro.
She is survived by one son, Rick (Cathy) Reed of Columbus, Indiana; one daughter, Julie (Steven) Perry of Monroeville, Ohio; six grandchildren; seven great-grandchildren; two brothers, Henry and Wilbur Wright; one sister, Irene Crouse and numerous neices and nephews.
She is preceded in death by her parents; seven brothers, Melvin, Malcolm, Mitchel, Milford, Orville, George and James Wright.
Friends may call at the Secor Funeral Home in Willard, Ohio on Tuesday, January 18, 2011 from 5-8 PM, where the funeral will be the following day, Wednesday, January 19, 2011 at 1:00 PM. Burial will follow at the Maple Grove Cemetery in New Haven, Ohio. Memorial contributions may be made to the Muscular Dystrophy Association. Online condolences may be made to the family at www.secorfuneralhomes.com

Rick & Julie,
So sorry for the loss of your mom. I haven’t seen her since we were kids but I remember her as always being cool with us when we came over to play. Please know that you guys are always in my thoughts.

It was with great sadness to read of the passing of Maxine. Although It”S been over fifty years since I have seen her. We were teen=age friends and I have never forgotten her. She was a most beautiful girl and I had a hugh crush on her when I was fifteen. I thank God that she was a Christian and we will meet again some day. Praying for the family.

So sorry to hear, Julie and family you have my sympathies… She was a good neighbor to me for many years..

Rick, Julie,and grandchildren and extended family,
This is a time when we ask “Why” It is a mystery question of life. I ask our Father God to help all with the loss of this loved one in the days to come, she will always be with you, hold unto those precious memories and share them now and then so those who did not know her will know her through you. She has gone to another life beyond this world and although we loved her deeply we could not keep her as long as we wanted, God saw she was geting tired and a cure was not to be. He only takes the best and he picked her to join his angel band. Love you my Aunt Maxine. your niece Diana Wright Hicks.