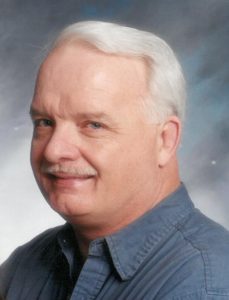 Richard D. Ellis, age 58, of Dayton, Ohio passed away Sunday, September 1, 2013 at his home. He was born August 12, 1955 in Willard, Ohio to the late Richard and Lorainne (Banicki) Ellis.
He is survived by his two daughters Stephanie (Stanley) Stout of Bradenton, Florida and Heather Ellis of Ashland, Ohio; Heather’s mother, Christine Wagoner of Willard, Ohio; three grandchildren Travis, Courtney and Ashleigh Stout; and two brothers Alan Entler of Bradenton, Florida and Ronald Ellis of Columbia, South Carolina..
He is preceded in death by his parents Richard and Lorainne (Banicki) Ellis.
Richard attended the Lutheran Church, enjoyed golf, was a Corvette enthusiast and was a truck driver for FedEx in Columbus and Jevic Trucking in Cincinnati.
Friends may call at the Secor Funeral Home in Willard, Ohio on Saturday, September 7, 2013 from 11:00 AM to 1:00 PM with a funeral service to follow at 1:00 PM with Pastor Roger Thompson officiating and burial at the Greenwood Cemetery in Willard following the funeral service. Online condolences may be made to the family at www.secorfuneralhomes.com.

Ronnie, we are so sorry to hear of Richard’s passing. Please know that we are keeping you in our thoughts and prayers!
Marilyn and Greg

Just want to say that you will be missed Richard. My condolences goes out to the family.

Our thoughts and prayers go out to the family. Richard was a great person and we will miss him dearly.
FedEx Freight Family

Richard will be missed. We worked together at the DTN terminal of Watkins Motor Lines / FedEx National. I got to see him once a year when we would get together for practice for the Truck Driving Championship. My prayers are with the family.