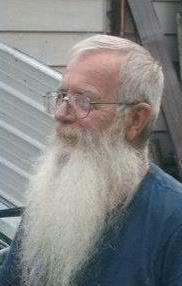 George E. Bivens, age 65, resident of Mansfield, Ohio, passed away on Tuesday, November 6, 2012 at his residence. He was born on April 15, 1947 in Willard, Ohio to the late Raymond Bivens and Flossie (Pine) Heintz. George served his country during the Vietnam War, where he was a tank mechanic. He was a jack of all trades and enjoyed cutting wood. His main priority in life was to make sure his family was provided for.
George is survived by his six children, Sondra Newsome of Willard, Shelley Vargas of Plymouth, Sherry (Henry Tudor) Bivens of Mansfield, George Bivens Jr. of Willard, Sheila Ceja of Willard, and Sindy (Jose) Vargas of Kansas; 14 grandchildren, James, Katie, Christina, Shawna, Aaron, Corey, Claudia, Olivia, Daniel, Javier, Nicolas, Leon, Cruz and Jose; 8 great grandchildren, Myah, Crissi, Wade, Dameon, Carlos, Arianna, Maria and Alex; two brothers, Richard Bivens of North Fairfield, and Robert Bivens of Centerton; and three sisters, Betty Marvin of Siam, Carol Miller of Norwalk and Beverly Davis.
He is preceded in death by his parents and three siblings.
Friends may call on Thursday, November 8, 2012, from 2:00 to 4:00 P.M. and 6:00 to 8:00 P.M. at the Secor Funeral Home in Willard, Ohio, where the funeral service will be held on Friday, November 9, 2012 at 11:00 A.M., where Pastor Andy Shank will officiate. Burial will follow at Greenwood Cemetery in Willard. Online condolences can be left for the family at www.secorfuneralhomes.com.

Sondra, Shelly and entire family. So sorry to hear of your loss. What a special man he was. May God hold you all in His arms. Your in my thoughts and prayers.

Our thoughts and prayers continue for all of you as you go through this time of loss.
In God’s Love,

Aaron & family,
So sorry about your Grandpa. I’m sure he will be very missed & I’m thankful to him for his service & love to his family & country!
Gob bless and keep you during this sad time. Love & prayers