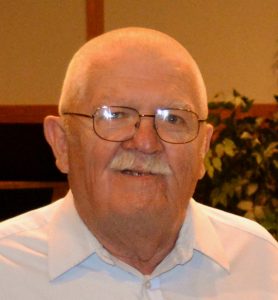 John L. Johnson, age 78, of Willard, Ohio passed away on Friday, July 24, 2015 at the Cleveland Clinic. He was born on June 21, 1937 in McGuffey, Ohio to the late Charles L. and Bessie M. (Hinton) Johnson. John was a truck driver, enjoyed fishing, coon hunting and spending time with family.
He is survived by his daughter Eva (Dennis) Blakely of Norwalk, Ohio; 4 sons, John A. (Pat Burns) Johnson of Clarksfield, Ohio; Robert L. (Debra Kropp) Johnson of Willard; Chris (Debra) Johnson of Mansfield, Ohio and Merv Johnson of Plymouth, Ohio; sister, Martha Moore of Willard; step-daughter, Charlene (Steve) Steffani of Attica, Ohio; and numerous grandchildren, great grandchildren, nieces and nephews
In addition to his parents, he is preceded in death by his 2 wives, Corrine (Ratliff) Johnson and Judy (Ratliff) Johnson; brother, Charles Johnson; sister, Mary Anne Johnson and brother-in-law, Robert Moore.
Friends may call at the Secor Funeral Home in Willard, Ohio on Wednesday, July 29, 2015 from 4:00 to 8:00 PM with a service at 8:00 PM with Rev. Danny Hamilton officiating. A private burial will take place at a later date at Greenlawn Cemetery in Greenwich, Ohio. Online condolences may be made to the family at www.secorfuneralhomes.com

I was so sorry to learn of Johnny’s passing. He was a welcomed “regular” at Main Street Carry Out. We always had fun with Johnny and will miss him. My sincere condolences to his family.