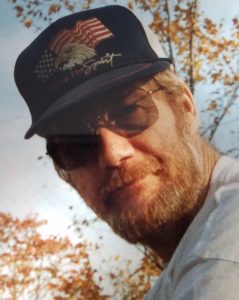 On Sunday morning, January 22, 2017, Karl H. Linstrum, age 82, of Willard, Ohio went to be with his Lord and Savior Jesus unexpectedly. He was born on October 21, 1934 in Danbury, Connecticut to the late Raymond Charles and Clara (Stoddard) Linstrum. Mr. Linstrum was a veteran of the US Air Force having served during the Korean Conflict and was a retired truck driver. He was a member of the Bible Baptist Church of Willard and enjoyed spending time with his dog, Copper. He was very proud to remark the fact that he flew an airplane at the age of eleven and earned his pilot license at age 16.
He is survived by his wife of 51 years, Nancy P. (Ehrenreich) Linstrum; a daughter, Diane (David) Willett; five sons, Timothy Linstrum, Robert (Betsy) Linstrum, Joe (Altynay) Linstrum, Eric (Allison) Linstrum, and Jeff Whitaker; numerous grandchildren; and a brother, Raymond Linstrum.
In addition to his parents he is preceded in death by a daughter, Amy Linstrum; two grandsons, Nick and Tim Williams, an infant grandson, Jose Linstrum; two sisters, Claire Zanella and Emily Huyler; and a brother, Theodore Linstrum.
A private graveside service will be held at the Maple Grove Cemetery in New Haven, Ohio. Secor Funeral Home in Willard assisted with arrangements. Online condolences can be made at www.secorfuneralhomes.com