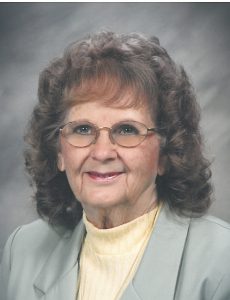 Marguerite (Jacobs) Quinton, age 95, of Willard, Ohio, passed away on Tuesday, December 13, 2011 at Hillside Acres Nursing Home in Willard. She was born on February 27, 1916 in Willard to the late Gladys and Vernard Jacobs. She attended Willard High School. Marguerite worked at the Shelby Air Force Depot for years then Defense Electronics Supply Center in Dayton, Ohio, working for the government for 30 years as an inventory manager. She retired in 1974. She enjoyed traveling, spending time in Florida, and getting together with family, children, grandchildren and great grandchildren. She lived in Fairborn and Gahanna, Ohio for many years and moved back to Willard in recent years. She was a member of Trinity Lutheran Church in Willard, Ohio.
She is survived by her daughter, Patricia (William) Eicher of Willard; step children, Janet Peters of Rochester, New York, Carolyn Brown of Georgia and Fred Quinton of Kentucky; grandchildren, Kim Rice, Craig Hedden and Andrew Hedden; great grandchildren, Amie, Karis, Matthew and Graham and one brother, Richard Jacobs of Xenia, Ohio.
She is preceded in death by her son, Richard Moomaw in November of 2011; her first husband, Lester Moomaw and her second husband of 46 years, Randy Quinton; her parents, Gladys and Vernard Jacobs; brothers, Vernard and Willard Jacobs and sisters, Lathiel Denham and Martha Ruth Lux.
Friends may call on Friday, December 16, 2011 at the Secor Funeral Home in Willard from 6:00 to 8:00 PM and on Saturday, December 17, 2011 from 10:00 AM until the time of the funeral service at 11:00 AM. Rev. Roger Thompson will be officiating. Burial will follow in Greenwood Cemetery in Willard. Memorials can be made to Trinity Lutheran Church. Online condolences can be left for the family at www.secorfuneralhomes.com.