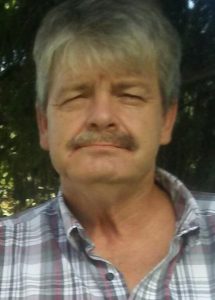 Rex A. Kilgore, age 55, resident of Willard, Ohio passed away unexpectedly on Thursday, August 31, 2017 at the Fisher-Titus Medical Center in Norwalk, Ohio. He was born on December 26, 1961 in Willard, Ohio to Kizer and Mary, J. (Rowe) Kilgore and had been a lifelong resident. Rex enjoyed wood crafts, outdoor activities and fishing with his grandchildren.
He is survived by his wife, Stella L. (Kimberlin) Kilgore whom he married on February 20, 1999; six children, Rachel (Richard Jr.) Patrick, Nicholas Kilgore, Douglas Kilgore, Apryl Kilgore, Sterling Burton, and Duston (Jackie) Burton all of Willard; numerous grandchildren; his father, Kizer Kilgore of Willard; five sisters, Wilma (Terry) Allen of Norwalk, Margie (Nelson) Shaarda of Willard, Debbie (Mike) Coburn of Willard, Carolynn (Mark) Kilgore of Greenwich, and Mariann (Jeff) Stumbo of Willard; four brothers, Larry (Judy) Kilgore of Willard, David Kilgore of Willard, Kizer Kilgore Jr. of Willard and James Kilgore of Willard; numerous nieces nephews and other relatives.
He is preceded in death by his mother, Mary Kilgore, and a granddaughter, Madison L. Burton.
Visitation will be held on Tuesday, September 5, 2017 from 2:00 to 4:00 and 6:00 to 8:00 PM at the Living Truth Community Church, 631 S. Main St., Willard, Ohio where the funeral services will held on Wednesday at 11:00 AM with Pastor David Montgomery officiating. Burial will follow in Greenwood Cemetery in Willard. Online condolences can be made at www.secorfuneralhomes.com

Our deepest condolences to Kiser
and all the Kilgore families.
Our thoughts and prayers are with you all.
Sally, Jonathan and Carianne Hutchison