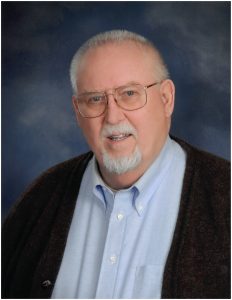 Charles E. “Chuck” Napier, age 76, resident of Willard, Ohio, passed away on Saturday, December 9, 2017, at the Willows at Willard surrounded by his loving family. He was born on September 9, 1941, in West Point, Kentucky to the late Calloway “CB” Burns Napier and Reba (Hicks) Napier Phillips and grew up in Jeffersonville, Indiana. Chuck graduated with an Associate’s Degree in Electrical Engineering from NCTC and then went onto serve in the U.S. Army, where he retired as a Captain. When he was in the military, he was stationed in Massachusetts, Virginia, Maryland, Colorado, Texas, Japan, Germany, Korea, Turkey, Philippines, and Okinawa. Chuck was part of the Army Intelligence from 1960-1982. He worked many jobs, a few being, Willard Lock-n-Security as a locksmith, Action Lumber, Gastown, and many home businesses under “Napier Enterprises”. He was a member of the Willard VFW, Moose Lodge and American Legion. Chuck was part of the Boy Scouts for numerous years, a City Council member for 4 years, and was a Ham Radio Operator. He was an avid reader his whole life. He loved science fiction and Horatio Hornblower series.
He is survived by his wife, Phyllis Sue (Edwards) Napier, whom he married on December 26, 1965; a son, Brian (Pamela) Napier; a daughter, Joy (Bradley) Moore; granddaughters, Emily, Lorin, Sarah, Rachael, Adilinn, Mackenzie; three half-brothers, Canton Napier, Edward Napier, Rex Phillips; and numerous nieces, nephews, and extended family.
In addition to his parents, he was preceded in death by his step father, Howard “Baldy” Phillips; brother, Carlos Napier; a half-brother, Lindbergh Napier; and a half-sister, Helena Redmon.
Friends may gather at the Secor Funeral Home in Willard on Saturday, December 16, 2017 from 1:00 to 3:00 PM. A Memorial Service for Chuck will follow at 3:00 PM with Pastor Steve McKnight officiating. Burial will be at a later date at Mansfield Cemetery. Memorial contributions may be made to The American Cancer Society or Lymphoma Research Foundation. Online condolences may be made to the family by visiting www.secorfuneralhomes.com

Mams, Uncle Charlie, Uncle Lin, and Uncle Carlos are having some long conversations up there I’m sure. We love you guys. See you on Saturday.
—Dana, Brandon, and Rylee

Joy and all,
my heart goes out to you at this very difficult time. He was a good man and I was happy to have known him.
peace,
Don Mossman

Sending prayers for comfort and peace.

So sorry to hear of Chuck’s passing. May God give you comfort and peace.