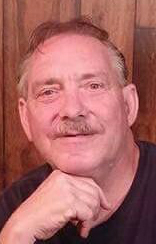 Charles E. McCoy Sr. age 63 of Perrysville, Ohio passed away Wednesday, August 10, 2016 at the Hospice of North Central Ohio in Ashland, Ohio. He was born June 28, 1953 in Willard, Ohio to the late Edward and Grace (Gibson) McCoy. Charles enjoyed hunting, fishing, camping and spending time with family.
He is survived by his wife, Rita (Lindsey) McCoy; 6 children, Shawn McCoy of Kalamazoo, MI, Charlie McCoy of Greenwich, Clifford McCoy of Greenwich, Amy McCoy of Kalamazoo, MI, Akeesha McCoy of Greenwich, Aleesha McCoy of Perrysville; grandchildren, Elizabeth, Alivia and Blake Zidarin of Plymouth; Candice, Faith, and Camden Grosswiler of Greenwich; Brasston McCoy of Greenwich; Taylor, Chase, Amber and Jaxon McCoy of Willard; Shawn and Genesis McCoy of Willard; Khloe, Kylie and Autumn McCoy of Michigan; Austin Moore of Toledo and Hope McCoy of Fitchville and 2 brothers, Rufus McCoy of Michigan and Jimmy (Anita) McCoy of Greenwich
He is preceded in death by his parents, Edward and Grace McCoy; 2 brothers, Carl McCoy and James McCoy; a sister, Lucy McCoy; a grandson, Kyle McCoy and a sister-in-law, Nora May.
Visitation will be Monday, August 15, 2016 from 11:00 to 1:00 at the Secor Funeral Home in Willard, Ohio where the funeral service will be Monday at 1:00 with Pastor Troy Wooten officiating. Burial will follow at the Greenwood Cemetery in Willard, Ohio. Memorial contributions may be made to the family. Online condolences may be made to the family at www.secorfuneralhomes.com

Sending my deepest heartfelt condolences to the family. He will be missed by all.