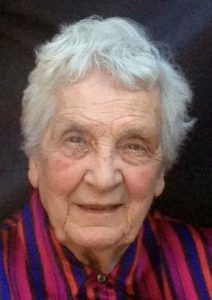 June (Werland) Buss, 89, of Willard, Ohio and Scottsdale, Arizona passed away on Mother’s Day, May 11, 2014 after suffering a devastating stroke four days prior.
She was born on December 19, 1924 in St. Louis, Missouri. She lived most of her life in Willard, Ohio. The last five years she lived full-time in Scottsdale, Arizona and most recently resided at Belmont Village Senior Living.
After graduating from high school, she was employed by the FBI in Washington D.C. as a fingerprint researcher. In 1945, she joined the Women’s Army Corp of the United States where she served 3-1/2 years. She worked for Pioneer Rubber Company and then went on to own and operate her own agency with Nationwide Insurance Company. After retiring from Nationwide, she enjoyed several years working as a real estate agent.
She is preceded in death by her loving husband of 34 years, Homer, who lost his life to cancer in 1982 at age 62. She is survived by her sons David of Willard and Mark (Kira) of Glendale, Arizona; daughter Nancy Simonie (Frederick) of Scottsdale, Arizona; five grandchildren and six great-grandchildren.
Visitation will be Saturday, May 17 from 3 to 5 pm at Secor Funeral Home, Willard, Ohio. The funeral service will be held Sunday, May 18 at 3 pm at the Trinity Lutheran Church. Burial will be at the Trinity Lutheran Cemetery immediately following the service.
In lieu of flowers, the family requests that you please consider a memorial gift in June’s name to Trinity Lutheran Church, Willard, Ohio or to The Salvation Army. Online condolences may be made at www.secorfuneralhomes.com

So very sorry to hear the passing of your Mother.Prayers to all the Family.

Janet and I send our prayers for you and your family in the loss of your dear Mother.

Dear David and Family, I am very sorry to hear of your mother’s passing. May our good Lord FILL each of you with HIS peace.

Mark, so sorry to hear about your mother. I always remember her as an outgoing vivacious lady. Prayers to you at this sad time in your life.

Deepest sympathy Dave, Mark and Nancy to you and your familys. Many many memories of your parents that i will never forget after so many years they are together again!

Nancy,Mark and David,
My condolences on the passing of your mother. I enjoyed the brief time I had spent talking to her during the repair process on her home. She was always never afraid to “speak her mind or say her piece”, which was both refreshing and challenging at the same time! I’m sure she will be missed by many. She was a true gem of a character. My prayers and best wishes are with you all.